Two years ago this month Valpak went full bore, head first into Agile with our software development teams, applying mostly the Scrum methodology with some instances of Kanban.   Now, two years later, Valpak continues to embrace and uphold the Agile values and principles.

We’ve made it all the way to Sprint 46, but who’s counting?  In the past two years, Valpak has delivered thousands of valuable stories  to our stakeholders including franchises, merchants, consumers, and corporate.  We continue to scale Agile up and across our enterprise.  Our infrastructure teams now apply Kanban to manage their work.  We’ve got business departments like Marketing and the Franchise Financial Consultants applying Kanban as well.  We’ve got our executive team applying Kanban at the portfolio level to manage epics as part of our Scaled Agile Framework (SAFe).  Not to mention the use of personal Kanbans popping up here and there to stay organized.  Some other notable accomplishments and contributions over the past two years include:

Throughout this time we have made an example of ourselves.  Valpak is now a benchmark for Agile transformations within the Tampa Bay community and well beyond.  As we begin to roll (or shall we say sprint) into year 3 of our Agile journey, we continue to work towards being an Agile enterprise.  The cultural change to be an Agile enterprise is constantly a work in progress and the journey never really ends.  Each day, we just try to be a little more agile than we were the day before.

October 2012 marked the 1st anniversary of Agile here at Valpak.   It was October 17th of 2011 that we started Sprint #1 across multiple Scrum teams and haven’t stopped sprinting since.  In recognition of this momentous occasion, what better than a roast of the man himself, Agile.  We all know that we roast the ones that can take it and the ones we respect the most.  So, let’s roast Agile! 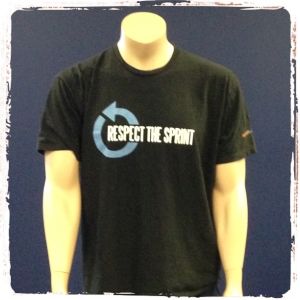 Agile arrived to the roast wearing his favorite “Respect The Sprint” shirt, care of http://www.AgileThought.com.

The structure of the roast was an open mic format, so teams (or anyone for that matter) could come up to the podium at any time to present or say a few words.  Most teams found or created videos for the event.  One Scrum team created a video spoof of a scene from the Office Space movie; the scene where they take the printer out and beat the crap out of it.

Since Agile couldn’t speak for himself, he brought along his playlist of music in response to being roasted.  Agile’s playlist was a diverse mix of tunes:

“Back In Black”, AC/DC
“Don’t Play No Game That I Can’t Win”, Beastie Boys & Santigold
“Revolution”, The Beatles
“Get Up Stand Up”, Bob Marley
“Ain’t No Rest for the Wicked”, Cage the Elephant
“Should I Stay Or Should I Go”, The Clash
“Titanium”, David Guetta & Sia
“You’ve Got Another Thing Comin’ “, Judas Priest
“Die Another Day”, Madonna
“Don’t Tread On Me”, Metallica
“Uprising”, Muse
“Rock Star”, N.E.R.D.
“I Wanna Be Sedated”, Ramones
“Sympathy for the Devil”, The Rolling Stones
“Working Man”, Rush
“Stuck in the Middle with You”, Stealers Wheel
“Kiss Off”, Violent Femmes
“Seven Nation Army”, The White Stripes
“Don’t Tread On Me”, 311 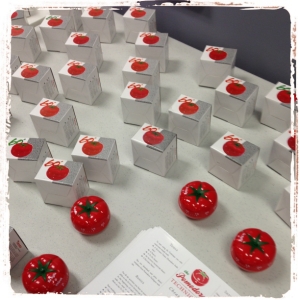 All attendees received a party favor of a Pomodoro timer along with instructions for trying out the The Pomodoro Technique, a personal time-boxing method. The Pomodoro timers were each imprinted with “Be Agile @ Valpak”.

If you ever have a a need to celebrate something, have some fun, or just blow off some steam, I would definitely recommend the roast format.